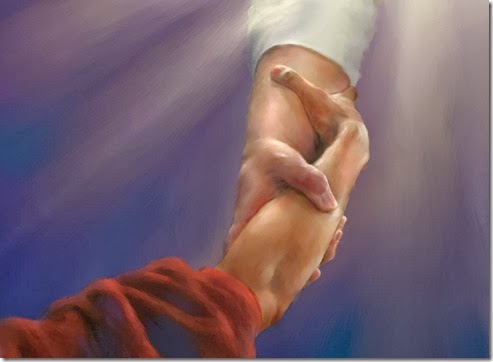 Hope is the last bastion of the soul. A person without hope no longer find meaning in life and therefore is dangerously close to death .

The site says ABC Definition : Hope is defined as one of the most positive and constructive feelings that a human can have . The hope is that feeling that makes an individual builds to a near or distant future situation or welfare improvement . For such feeling becomes present , the person must have an optimistic attitude , becoming then the hope of something better something very difficult to feel in cases of depression , anxiety or anxiety [1 ] .

There are companies that can put hope in their system of government , in its leaders. But there are , even in developed countries, who have been marginalized sectors and which the system does not give rise to any hope for change.


There are people who still going through a difficult time, serious or terminal illness , who have lost all hope to realize their goals or desires.
The Bible God speaks of hope, according to the Spanish concordance of the King James Version 1960 [2 ] , has 113 matches for the word hope .

The apostle Peter says about hope: "3 . Blessed be the God and Father of our Lord Jesus Christ , by your great mercy , through the resurrection of Jesus Christ from the dead, we have been born anew to a living hope , 4 . to an inheritance incorruptible , undefiled, and unfading , kept in heaven for you , 5 . whom the power of God through faith for salvation protects , ready to be revealed in the last time " [3 ] . 1 Peter 1.3 - 5, Jerusalem Bible .

Peter refers to a fact humanly impossible: that the dead back to life . So he says that the Father has given us immeasurable hope , because He can do with us and for us it impossible for us to know that even though the same life on earth is finished, He has reserved an eternal life without tears pain in his Kingdom for all who believe in the Name of Jesus and his redeeming work of the cross.

But hope is not just for the afterlife , but also for our day to day. The prophet David says in Psalm 91:

1. He that dwelleth in the secret of Elyon ( The Most High ) spends the night in the shadow of Shaddai ( The Almighty )
Two . saying to the Lord : "My refuge and fortress , my God in whom I trust ! "
Three . That he frees you from the snare of the fowler , pestilence fatal ;
April . cover you with His feathers , and under his wings you will find refuge shield and armor is his truth .
May . Not fear the terror of night, nor the arrow that flies by day ,
June . nor the plague that moves in darkness nor the scourge that lays waste at noon .
July . Though a thousand fall at your side , ten thousand at your right hand, you should not reach you.
August . Simply look with your eyes , you will see the reward of the wicked ,
9. you who say, "My refuge is Lord , 'and you take Elyon by defense.
10 . No evil has to reach you , no plague come near your tent;
11. he will command his angels concerning you to guard you in all your ways .
12. They will take them in their hands , so that not dash your foot stone ;
13. You will tread upon the lion and the viper , trample the young lion and the dragon.
14. As he clings to me , I have to save him ; him for he knows my name.
15. Call me and I will answer , I will be at his side in disgrace , I will deliver him and honor him.
16. Fulness will give long days , and I will see my salvation.
Psalm 91, Bible of Jerusalem [4 ] .

The Word of God brings hope to the weak, the poor, the social system that denies same hope.

The Word of God brings new strength to the weary , the persecuted , which is subjected to injustice .

The Word of God brings renewal to those who are sick , the hungry and who is afraid.

The Word of God brings the proud regret for not crushing the weak and instead help.

Week 70 is about to begin , when this happens only have faith in God will hope against hope . Are we ready ?