STUDY. The Loaves and Fishes. By Fabian Massa. 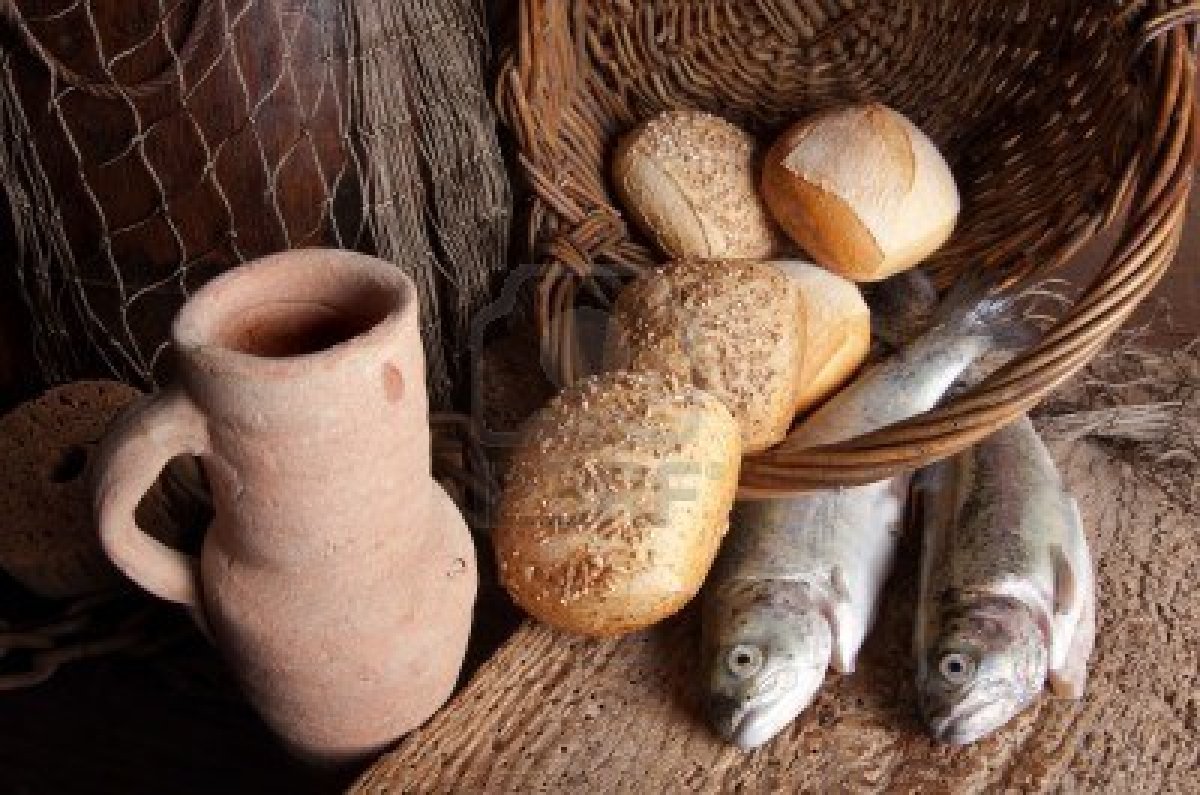 Chapter VI of the Gospel of St. John, the Bible tells us that Jesus had gone to the other shore of the Sea of ​​Galilee and a large crowd along to listen. In the evening Jesus had compassion on the crowd because he had not eaten, so he ordered his disciples to feed them. There he made the Lord the miracle of feeding five thousand men (scholars estimate that with women and children would be a crowd of 15,000 souls) with five barley loaves and two fish (John 6.9).

With what any of us would have done a couple of couches for their bellies, the Lord gave him to eat his fill of all those people and also twelve baskets left over: The little that we can provide is much in the hands of God.
After this, Jesus commanded that go across the lake. The next day, when the crowds realized that the Master and his disciples were gone (John 6.22) many got into the boats and went to Capernaum looking for Jesus.
John records in his gospel the following dialogue:


25 When they found him across the lake, they asked:
-Rabbi, when did you get here?
26 Very truly I tell you, you seek me, not because you saw signs but because you ate bread to the full. 27 Work, but not for food that spoils, but for food that endures to eternal life, which will give them the Son of Man. On him God the Father has placed his seal of approval.
28 - What should we do to do the works God requires? They asked.
29-This is the work of God, that you believe in Him whom He has sent Jesus answered.

From here comes the famous line: "You come for the loaves and fishes "The people had seen the signs (the Power of God) and did not understand that most benefit was having the source of power, ie the presence of God. They did not understand and asked for more miracles:

30 - And what sign will you give that we may see and believe you? What can you do? -Emphasized them. 31 Our ancestors ate the manna in the wilderness, as it is written: "gave them bread from heaven to eat." [C]
32-I tell you it was not Moses who gave you the bread from heaven, 'said Jesus. He who gives you the true bread from heaven is my Father. 33 The bread of God is he who comes down from heaven and gives life to the world.
34 'Sir,' they asked, 'give us this bread.
35-I am the bread of life Jesus declared. He who comes to me will never go hungry, and whoever believes in me will never be thirsty. 36 But as I told you, even though you have seen me, do not believe.

While there are pastors who addressed this issue with a profound and enriching education [1] the reality is that in the same way as in the time of Jesus the crowds gathered to receive from Him the "Loaves and Fishes": They took the miracles but their hearts were not changed. The same is true today, people who come to the Church with a crippling need receive your miracle, rejoice and go. Do not stay because they did not understand that it is more blessed to have the presence that only have been touched by His Power once.

While it is understood that new people coming to church services looking for a miracle from God (and this always the case) the alarming thing is that leadership be surprised by this type of message, when it is assumed that a leader with twenty years of Church and is clear the difference between Power and Presence, which has a life of prayer and communion.

Being already at the gates of the Week 70, where patience and faith of the saints will be tested by cutting their heads, (Rev. 13.10 and 14.12) are still many (even in leadership) are not understanding this issue of Power and The Presence (which is basic) seems extremely dangerous.

Week 70 is near, only Jesus saves. Are we ready?