REFLECTION. Progress of Candomblé and Umbanda in São Paulo, Brazil.

Animal sacrifices in the XXI century 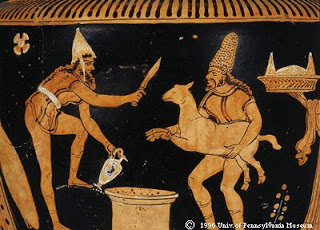 According to an article published in the newspaper "El Pais" of Spain [1] the renowned journalist Jorge Arias [2] reported that in the Municipality of San Pablo has received a proposal that aims to legitimize ritual animal sacrifices of African religions Candomblé and Umbanda. The petition has been elevated by Councilman Laércio Benko (who aspires to the office of Governor of the powerful state of Sao Paulo) 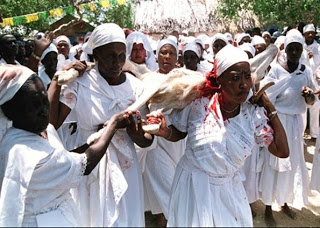 
The case does not authorize the slaughter of animals (which in fact has been doing for over 200 years) but legitimize. Moreover, the discussion in the municipality of San Pablo is taking place in the framework of the "Animal Rights" and not objected to sacrifice or not idol. Candomblé can offer orixás (spirits) blood and viscera of slaughtered animals in this respect.
We see worldwide anti-God religions are thriving and taking the places of power [3]. While Shepherds promote among Christians that deviate from the policy issues "Holiness [4]", religions and sects who deny God's Word take different territories and spheres of power:

I. Political Power: Seats of the Senators, Congressmen, Legislators and Governors.

II. Economic power - financial: Pagans are prepared professionally by careers that allow them access to key positions in corporations and businesses are trained to have to give them the money needed to move the "levers" of economic, financial and political.

III. Power in the Media: Media tolerate everything but who mentions the name of Jesus accompanied by a Bible verse that goes against worldly practices.

Pastors, especially in Argentina: Awaken the fantasy of "Take the Land" within the four walls of their churches. Power is taken when you have political weight in the decision to stop the actions Congress or Municipality of those who reject the Word of God.

[1] Controversy in Brazil over the slaughter of animals in religious rites. By Jorge Arias, El Pais 10 Aug 2013.
[2] Juan Arias is a journalist and writer translated into ten languages. He was a correspondent of THE COUNTRY 18 years in Italy and the Vatican, and Ombudsman Director BABELIA diary. Italy received the award for Cultural Affairs. In Spain was awarded the Cross of Civil Merit by King Juan Carlos for all his work. For 12 years, reports from Brazil for this newspaper where he works also on the Opinion section.
[3] PROGRESS OF ISLAM IN EUROPE http://www.lasemana70.com/2013/03/alemania-vende-sus-iglesias.html; http://www.lasemana70.com/2013/03/germany-sells- its-churches.html;
http://www.lasemana70.com/2013/03/deutschland-vertreibt-seine-kirchen.html
[4] CHRISTIANITY AND POLITICS http://www.tesorosdesabiduria.com/2013/02/los-cristianosy-la-politica-1_10.html; http://www.tesorosdesabiduria.com/2013/02/christians-and- politics.html;