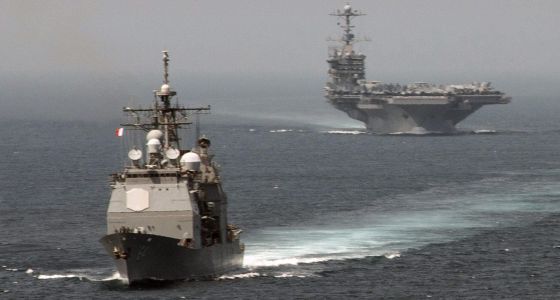 Washington and its allies in Europe and the Middle East have already taken the decision to launch an attack on Syria . The imminent intervention could begin Thursday and last for days.

Experts say the most likely option is that the missile attack occurs occasionally cruise - drone - launched drones known from surface ships and submarines in the Mediterranean.


The Tomahawk missile destroyers loaded , go 1,600 kilometers capable half-ton loaded with conventional explosives . Each of these devices can cost , depending on the model in question , up to 1.5 million dollars ( 1.1 million euros). Moreover, the use of aircraft does not seem a viable option , because Syria has a large capacity that is virtually untouched antiaircraft . The control of the skies in the Arab country would be difficult to maintain , unlike what happened during the NATO bombing in Libya 2011.
All analysts insist that it will be a " Surgical Operation " having as targets military targets . For Christopher Harmer, analyst U.S. Naval Institute for the Study of War, missile strikes are accurate , but do not have an extraordinary destructiveness . "They can not remove chemicals and only temporarily reduce the ability to carry out operations." 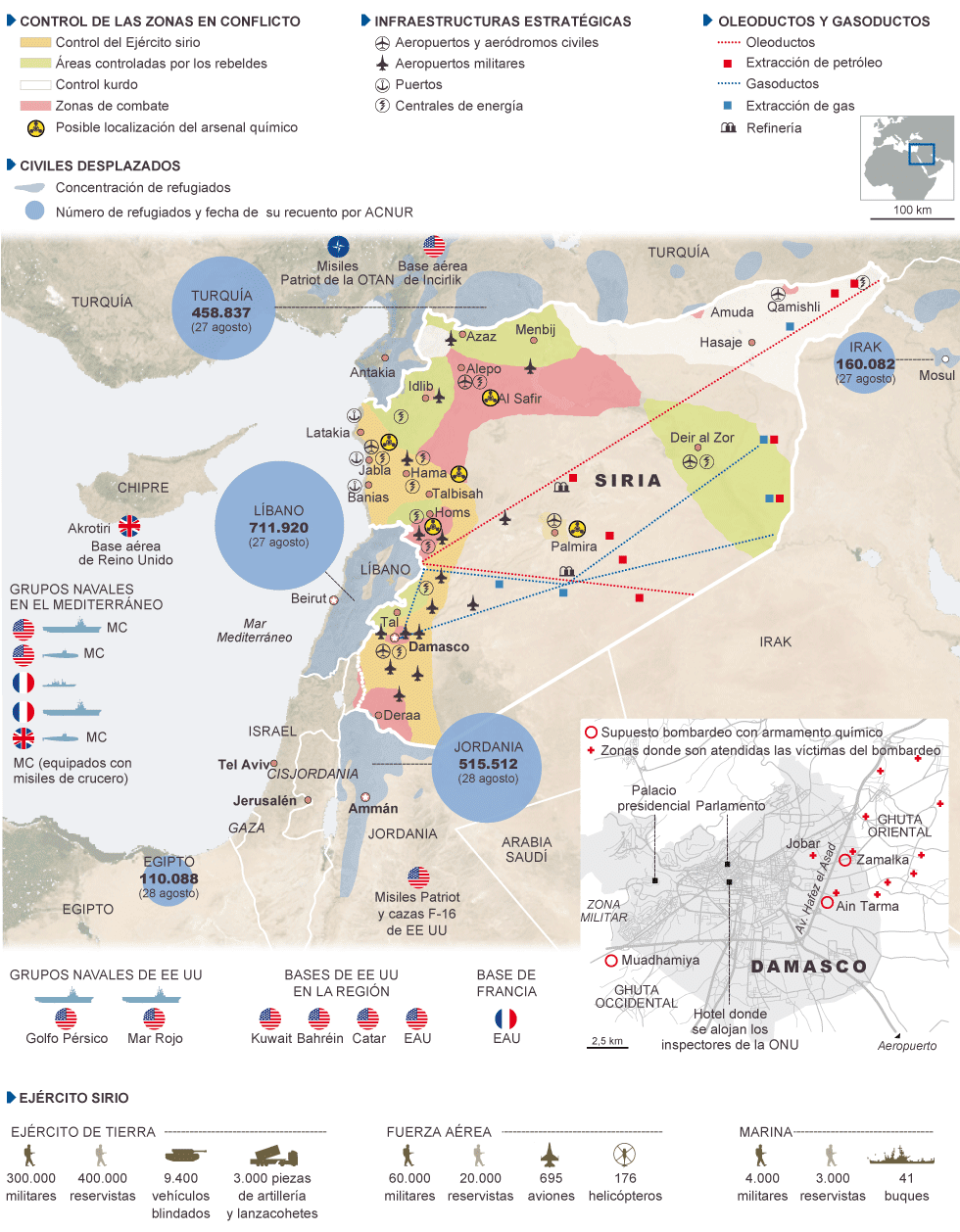 Eastern Mediterranean
The U.S. Navy is moving four destroyers and a submarine to the Eastern Mediterranean.
Another French ship turns to the area and the French nuclear-powered aircraft carrier Charles De Gaulle , flagship of the Marine Nationale , which is docked in the Mediterranean port of Toulon , you can go to it at any time.

U.S. has several military bases in the region. In Kuwait is that of Ali al Salem ; Seikh Bahrain of Isha , and Qatar 's Al Udeid , where stealth bombers B -1 Lancer.
In addition , France and the U.S. have troops in the Al Dhafra base in the UAE . In the Persian Gulf operates a task force led by the aircraft carrier Nimitz , which sails powered by two nuclear reactors and can carry 90 aircraft between aircraft and helicopters in its 330 meters long . In the Red Sea , between the northeastern coast Africa and the Arabian Peninsula , is another battle group led by the aircraft carrier Harry S. Truman, of the same class as the Nimitz .
Turkey and Jordan

At Incirlik Air Base in Turkey and Izmir , the United States has Patriot missile batteries . Jordan has another base with the same equipment , U.S. soldiers and a squadron of F- 16 fighters , in service in 26 countries and they can fly at twice the speed of sound.

Military action of this caliber is known as a start , but it is sometimes difficult to determine how it will end. Week 70 is about to begin.


Only Christ saves . Are We Ready ?