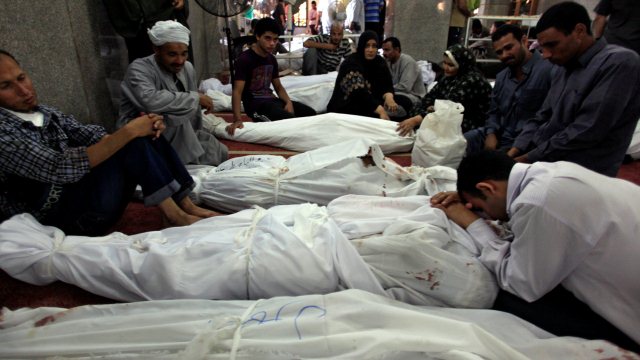 The August 14, 2013 will remain in the history of Egypt as a day of deep sorrow. This country has been on the brink of a civil war after the Islamist supporters of ousted President Mohamed Morsi. This has not done anything but make a fire of hatred in this country: After the eviction of the followers of Morsi and the Brotherhood of the places where they camped peacefully, enraged protesters vented their anger at government buildings and Christian churches.

The day ended with at least 278 deaths, 43 of them policemen, and the restoration of the state of emergency, in force for three decades under the dictatorship of Hosni Mubarak.
So we have the whole Middle East region is under very high pressure: The civil geurra in Syria (where there are already around 120,000 dead and more than 1.5 million displaced) Violence in Iraq, Iran, and Palestine and Israel and now Egypt.

Week 70 is about to begin, only Jesus saves. Are we ready?