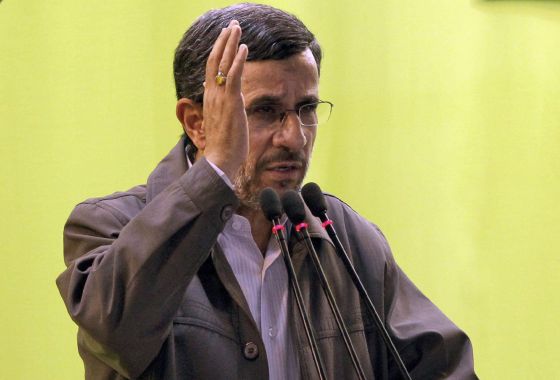 Mahmoud Ahmadinejad's statements and Hasan Rohani remind us of the fragility of peace in the Middle East and that the ghost of the Battle of Armageddon may explode at any moment.

Jerusalem Day [1] is a national day of celebration commemorating the liberation of the city and its reunification after the Six-Day War [2] (1967). It is celebrated on 28 lyar (mid to late May).
The position of the outgoing President of Iran, Mahmoud Ahmadinejad against Israel is known throughout the world. In these eight years of his reign his speeches were always referring to Israel corrosive.


Willing to take up your last minute in office, the outgoing head of government has Jerusalem Day used to repeat his famous rhetorical question the Holocaust, accusing the West of blindly supporting Israel despite its occupation of Palestinian lands and announce an imminent divine intervention to end this injustice:

"A big storm that will destroy the Zionist is on the way (...) God's hand soon remedy the Israeli occupation of Palestine," Ahmadinejad proclaimed before several thousand people gathered in Tehran University for the noon prayer. Before arriving there, the loquacious president had linked Zionism, colonialism and slavery to try to argue that "the presence of Zionists in the Middle East is the result of the project of domination of the hegemonic powers." 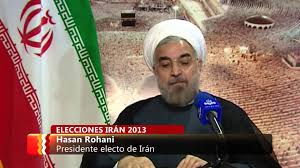 Despite the replacement of authorities in Iran, in the hope that with the new President Hasan Rohani things could be better, have evaporated before his recent statements at the recent Jerusalem Day:
Hasan Rohani said that the occupation of Palestine has inflicted "wound" to the Islamic world. However, for reasons that are not clear, a first rendering of his words by the semiofficial ISNA agency credited with having said that "the Zionist regime is a wound in the body of the Muslim world and needs to be eliminated", which recalled the idea of ​​"a cancer that must be removed" Ahmadinejad.

Soon after, the state broadcaster Press TV has broadcast Rohani statement with the following translation: "After all, in our region has for years been a wound in the body of the Islamic world under the shadow of the occupation of the holy land of Palestine and the beloved Jerusalem. "

The damage was done. Reacting to the translation of ISNA, Israeli Prime Minister Benjamin Netanyahu has said that Rohani had shown their true colors and that his words "must awaken to the world of illusion in that part of it has been situated since the Iranian elections."