STUDY. "China: The peoples of cancer" [1] By Fabian Massa 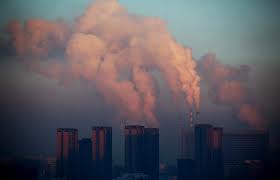 Environmentalists and scientists had warned the Chinese government that the explosive growth of its economy, not paying attention to the ecology would have a high price. Finally the Ministry of Environment of Beijing had to admit something really scary, the existence of people in the country with a high incidence of cancer due to contamination. Most of these villages are located on the banks of rivers in which industries dump their toxic waste without proper treatment.


"Poisonous and harmful chemical materials have been many water-related emergencies and air. (...) In some places, some people are even known as" cancer villages, "the 2011-2015 five-year plan to combat chemical pollution revealed this week. "

Recognition of the problem in an official document comes amid growing protests of the Chinese environmental problems are due to air pollution, as in Beijing, or toxic waste and industrial waste.
The report does not give details on the cause or the prevalence of cancer but, according to studies by foreign experts, there are hundreds of locations with this disease levels above normal. The affected villages are near rivers.

The list includes oil processing and nuclear fuel, manufacture of chemicals, drugs and chemical fibers, and non-ferrous metal smelting. The textile, the metallurgical and petroleum are the most polluting.
The rapid development experienced by China in the last three decades has had a major environmental impact. Hu Siyi, vice minister of water resources, said last year that 40% of China's rivers are seriously polluted and that 20% contains much pollution that his water is considered too toxic even for human contact.

Serious industrial accidents along major rivers forced to interrupt the water supply to large cities on several occasions in recent years. Last month, leaked into a river in northeast China about nine tons of aniline, a chemical used in the manufacture of polyurethane. The existence of the leak was not reported for five days. For when it emerged, had contaminated the water supply of a city in a neighboring province.

The huge increase in pollution in China is due directly to rapid industrial growth. "Cars and trucks are added to the streets of major cities in record numbers.'s Power plants burn large quantities of coal of very low quality and energy consumption in China is increasing dramatically," said Robert O'Keefe, the Health Effects Institute Boston.

According to the GBD, the total death toll on the planet by pollution was 3.2 million in 2010, making China the figure of 40% of the total. Things are also bad in India, which suffered 620,000 premature deaths due to air quality. [2] 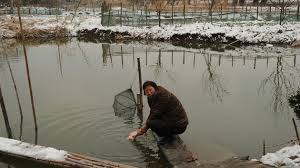 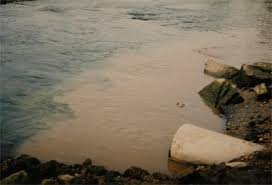 Can generate real wealth if contaminated soil, water and air to the point that people are dying?


Is it true that wealth?
No doubt, God will demand all over greed and contempt for the lives of the victims.
Week 70 is about to begin. Christ alone safely.