What is an altar? Let's see what the dictionary defines as:

Altar (religion)
(From lat. Altar of altus, high.) M. Monument in which the victim is sacrificed and offered sacrifice. A stone ALTAR.

Horizontal board, discovered and raised on the floor where people or things are placed.

(From lat. Pulpitum.) M. Platform small elevated ledge and sounding board, there are in churches to preach from it and do other religious exercises.

An altar is a raised platform, where it develops an act of sacrifice.

The scenario of a recital is a raised platform where it develops a musical.

In mid-August 2006 was on TV promoting a concert by Colombian singer Shakira. In one of the advances of the commercial, I could see a sculpture of about 3.5 to 4 meters high in a king cobra in attack as part of the stage, just behind the singer. 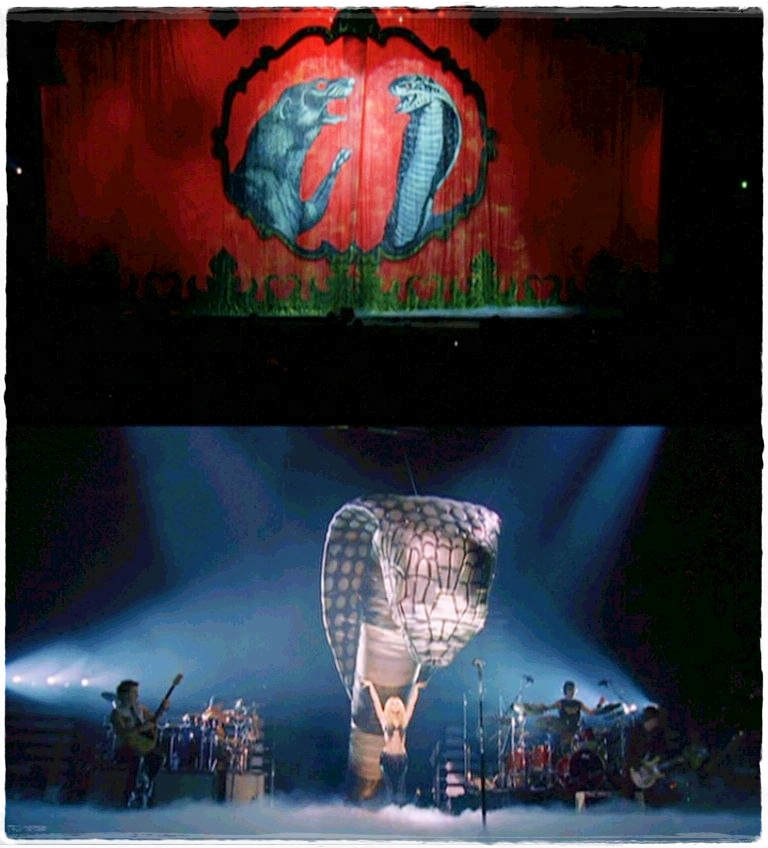 The vision hit me and did not know why, but I've been meditating for two days until I received revelation:

25 The graven images of their gods shall ye burn with fire: thou shalt not covet them silver and gold take it unto thee, lest thou be snared therein: for it is an abomination to the Lord your God;
26 and not bring an abomination into your house, lest you be accursed of all the hate and abhor it, for it is anathema. Deuteronomy 7 RV 60. What are we allowing to come into our homes via TV, CD's of music, PC games for boys?