Does anyone know which image appears in the photo crucifix? 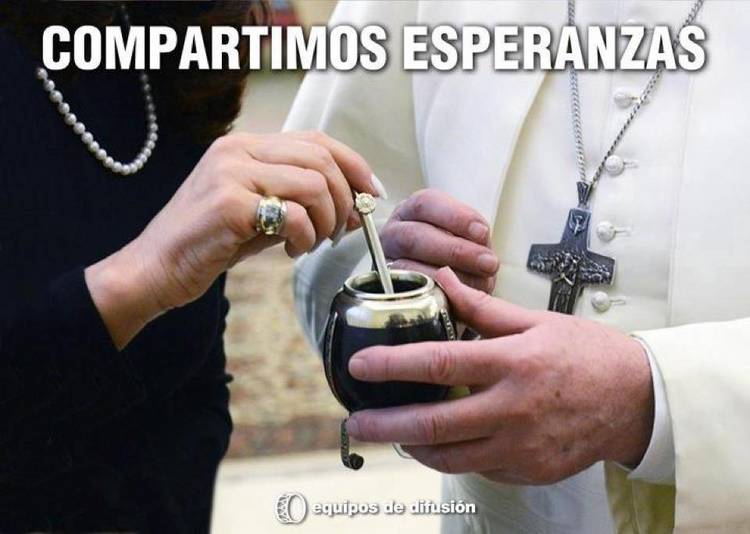 Photo created by media agency "Outreach Team", owned by former Secretaries Enrique Media "Pepe" Albistur. With this President's Office made ​​a poster with wide circulation in the City of Buenos Aires, Argentina later to meet CFK and Francis I.
http://www.clarin.com/mundo/kirchnerismo-afiche-Cristina-Papa_0_885511606.html