STUDY. Week 70. Why the title. By Fabian Massa. 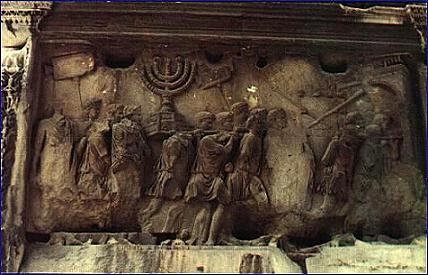 The "Week 70" is the last week of year prophecy told in Chapter IX of the book of Daniel. To understand the prophecy is necessary to understand the historical context and the biblical Daniel IX.

A. A little history

In 538 B.C. the army of Cyrus king of Persia, who had conquered the territories of territories of Media [1], Syria and Lidia [2] laid siege to the city of Babylon. According to Herodotus [3], on the night of October 12, 539 BC, Nabonidus was killed [4]. The priests of Marduk Nabonidus betrayed (2nd Lord of the Kingdom because the Lord was Nabopolassar 1) and opened all the doors inside the streets overlooking the river [5], having walls with doors on both sides of the Euphrates, likewise also the palace gates were left open, so that the city was accessible everywhere.Gobrias [6], general Persian exerted, without battle entered [7] [in Babylon on 12 October 539. C., Cyrus arriving several days later. Dario [8] was appointed governor of Babylon, and was appointed deputy governors in the provinces under. For the conquest of Babylon, Cyrus had the Babylonian priesthood substantial support, he was faced with Nabonidus because of his religious reforms.

Daniel related the fall of Babylon to the exile of the Jewish people. The Jews had been deported to Babylon by Nebuchadnezzar in 586 BC In the book of Jeremiah 39.1 - 2 we read: "In the ninth year of Zedekiah king of Judah, in the tenth month, Nebuchadnezzar king of Babylon came with all his army against Jerusalem and besieged it. Eleven In Zedekiah, in the fourth month, on the ninth day of the month, a breach was made in the city and all the princes of the king of Babylon came in it ... "Jeremiah had prophesied that the people of Judah would happen 70 years [9] in exile to serve the king of Babylon (Jeremiah 25.11).


The text relates that Daniel was praying, confessing the sins of the Jewish nation and asking God's forgiveness when the angel Gabriel appears to him in vision and explains things to come:

22 "Daniel, I have now come to understand everything clearly. 23 As soon as you began to pray, God answered your prayer. I'm here to tell you because you are very appreciated. Therefore pays attention to my words, for you to understand the visión.24 "" Seventy weeks have been decreed for your people and your holy city to end their transgressions and sins, ask forgiveness for their wickedness, to bring in everlasting righteousness , seal up the vision and prophecy, and to anoint the most holy place. 25 "" well understood the following: There will be seven weeks since the promulgation of the decree ordering the rebuilding of Jerusalem to the coming of the Anointed. After that, there will be sixty and two weeks. Then Jerusalem will be rebuilt with streets and walls. But when times apremien, 26 after threescore and two weeks, you will cut off the prince chosen. This will keep the city and the sanctuary, for a future ruling will destroy them. The end will come like a flood, and the destruction will not stop until the war ends. 27 For a week this ruling will make a covenant with many, but midweek will end the sacrifices and offerings. On a wing of the temple commit horrible sacrilege, until you come upon the disastrous end that has been decreed. "'Dn. 9.22 - 27 NIV

The angel Gabriel explained how they were understood the seventy years of desolation announced by Jeremiah. These seventy weeks of years, falling into three periods:

I. An initial period of seven weeks of years: This period forty-nine years, will extend from the output of the "word" (the decree) to rebuild Jerusalem until "the anointed one, a prince." Scholars say that this decree would be the one who signed Artaxerxes I of Persia in 445 BC (Neh. 2. 7-9) in which authorized Nehemiah to rebuild the city of Jerusalem. [10] Another decree ordering the rebuilding of the temple is that of Cyrus I "The Great (539 BC) [11]" that allowed the departure of Ezra, scribe and scholar of the law who introduced religious reform and formatted to the Hebrew Bible [12] (the AT of our Bibles) [13] It is important to relate the various biblical texts depending on the historical moment, so you begin to understand that everything is the work of the Holy Spirit, it is humanly impossible to link so perfectly events [14].

III. 26después of the sixty-two weeks, you will cut off the prince chosen. In the third year of Christ's ministry, this was crucified. This will keep the city and the sanctuary, for a future ruling will destroy them. In Matthew 24.02 Jesus himself confirms this prophecy when he says:

Do you see all this? Truly I tell you, not be left here one stone upon another that will not be thrown down. And Jesus was referring to the Temple and the city of Jerusalem. Regarding the time of these events Jesus said: 34 Verily I say unto you, this generation will not pass away until all these things. At that time a generation comprised 40 years. Which was fulfilled because in 70 during the great Jewish revolt against Rome, the emperor sent to Jerusalem to General Tito, who razed the city and the temple, killing a million people.

IV. It is important to understand that between weeks 69 and 70 God has brought a time of grace in which we all have the opportunity to repent and turn to God, before the final events are unleashed. In the last week a prince destroyer (the Antichrist) will covenant with many. There will be peace for the first three and a half years but then betray the alliance and will cease the sacrifice and the oblation and reign the abomination of desolation, until you find your destination.

V. The events of the week 70 are perfectly prophesied. Some things have already been completed and others are waiting. But this goes for the upcoming talks.

[1] Although Media borders were never fully established, its territory belonged to the northwest of present-day Iran. Its capital was Ecbatana, the modern city of Hamadan. Its western part is dominated by the mt. Assyrian Zagros and bordered to the south with Elam and Persis (Fars), in the arid east by Parthia, and north, Media was separated from Armenia by the Caspian Sea and the Elburz Mountains.
[2] or Kingdom of Lidia Lidia was a historical region in the west of the peninsula of Anatolia, in what is now the Turkish provinces of Izmir and Manisa. Was kingdom and empire since the fall of the Hittite Empire until its conquest by the Persians, according to some sources from 1300. C. and, according to other, from 718 to 546 B.C.
[3] Herodotus of Halicarnassus was a Greek historian and geographer who lived between 484 and 425 BC
[4] Daniel 5.30
[5] In the days when Nabonidus reigned [5] in Babylon (between 556 and 539 BC), the city of Babylon spread over an area of ​​approximately 850 ha. Thanks to archeology now know that at that time, the city was almost rectangular (about 2400 mx 1600 m). Strongly walled and divided into two unequal parts area by the river Euphrates. The outer wall Nebuchadnezzar II added a second internal wall. Nabonidus turn added an inner wall between the city and the river, creating a new door for the passage over the bridge to the west side of the city [5]. In essence, Babylon was a succession of walled enclosures, one within another, geometrically regulated by angles. The wall of the interior was a double defensive belt width of 7 meters, to which he added a pit connected to the river that surrounded her. The space between the two walls, about 12 m, was filled with earth all the way up. There was a tower each about 50 m, which is calculated that there were about 350. The defense was completed with railings with iron bolts broce submerged in the Euphrates, where the walls ended, to prevent the enemy could ford the river for its shallows. These bars are referred to the scripture in Isaiah 45.2B.
[6] General Gobrias Persian nobleman of Cyrus the Great. He played an important role in the Persian capture of Babylon in October 539. C. http://es.wikipedia.org/wiki/Ciro_II_el_Grande # cite_note-3
[7] The idea of ​​conquest is not violent by Nabonidus Chronicle and Cyrus Cylinder. However, administrative documents indicate repair the fortifications of Babylon months after its conquest.
[8] Darius the Mede as the biblical book of Daniel was the successor to the throne of King Belshazzar Chaldean (Nabonidus) when the Persian forces of Cyrus II "the Great" conquered the city of Babylon. By then Darius was about sixty-two years. He reigned from 539 to 537. C. as the real ruler of the Medo-Persian Empire. A Darius of Persia identifies him as the son of Ahasuerus, of the seed of the Medes. Apart from the information that is in the Bible, nothing is known definitely about Darius the Mede. http://es.wikipedia.org/wiki/Dario_el_Medo

[9] The seventy years of desolation of Jerusalem began in 586, with the destruction of the Temple of Yahweh and lasted until 516 with the inauguration of the new Temple. Whitley also agrees with this in his work Vetus Testamentum vol. IV p. 60 to 62.
[10] Ezra and Nehemiah are one book in the Hebrew scriptures, because they are part of the same story. In fact, the books of Ezra, Nehemiah and Esther all come to the same period of the history of Israel. In the book of Esther, she was the wife of King Ahasuerus of Persia, Artaxerxes mentioned in the first chapters of Nehemiah. When Nehemiah went to the king: "The king (and queen sat by him) .... that could have been be Queen Esther. (Neh. 2.6) Specifically, Ezra and Nehemiah recount the events of a century, from 538 BC (Decree of Cyrus of Persia, Isa 45.1 -4) to the end of the activity of Nehemiah in 432 BC
[11] The Edict of Ecbatana: (Ecbatana: City which was adopted as the capital of Cyrus in 549 BC Media) 2Cr.36.22 - 23: Now in the first year of Cyrus king of Persia, to fulfill the word of the Lord by Jeremiah, the Lord stirred up the spirit of CIROrey of Persia, that he made a proclamation and writing throughout his kingdom, saying, 23 Thus saith Cyrus king of Persia, The LORD God of heaven , has given me all the kingdoms of the earth, and he hath charged me to build him an house at Jerusalem, which is in Judah. Who is there among you of all his people, may the LORD his God be with him, and climb. The decree of Cyrus was spotted by Hormuzd Rassam (1826-1910) in the library of Ashurbanipal in Nineveh. Now kept in the British Museum. The decree Nabonidus Cyrus accuses of failing to protect the land and city and the inhabitants of Babylon. Nabonidus had turned against the priestly class of Babylon to modify the cult of Marduk, god sovereign assembly Babylonian polytheistic. Also forced the people to compulsory service to the state for a year. The priestly class of Babylon and the main city surrendered to Cyrus, with the promise of restoring the cults to different gods. A. Parallel T. Victor Matthews and Don Benjamin. Sal Terrae Ed, page 195.

[12] Ezra, as servant of the Temple of Jerusalem, attempts to show that the only logical form of government for Israel is a theocracy. Keep therefore the canon known as "deuterocanonical History" (which was already finished when he began composing Ezra) formed by the books Deuteronomy, Joshua, Judges, I and II Samuel and I and II Kings I and II. http://es.wikipedia.org/wiki/Libro_de_Esdras

[14] There is a relationship between Dn. 5 and Dn. 9 with the fall of the Babylonian Empire at the hands of Cyrus I. This conquest was prophesied by Isaiah (Isaiah 45.1 - 4) The decree of Cyrus is fulfilled in the Book of Ezra. In the same way that the decree of Artaxerxes met in the book of Nehemiah. Exile and duration of 70 years you had been prophesied by Jeremiah (Jer. 25.11)