This discourse of Jesus involves a specific prophecy about the end times and gives the unmistakable signs of the times. Prophecy is so dense in information and details it is necessary to study it step by step.

Jesus taught in the Temple precincts, as was his custom. Jesus left there and was proud showing his disciples the temple buildings.But Jesus said:- Do you see this? I assure you that no stone will be left unturned, because everything will be overturned.The issue was there, no one dared to ask anything else. The Temple and its buildings were the glory and the heart of Jerusalem. That Jesus would have said no stone unturned was a grim prophecy: In the minds of the destruction of the Temple Jerusalemites amounted almost to doomsday.Later Jesus was sitting on the Mount of Olives, the disciples came unto him and asked privately about the issue:- When will this happen, and what will be the sign of your coming and of the end of the world?Jesus warned that a series of events happen before his coming:I. Many say they are saying they are Jesus and achieve deceive many (Matt. 24.4): Dear children, this is the last time, and just as you heard that antichrist is coming, there are many antichrists have arisen since. So we realize that this is the time final.1 Jn. 2.18, NIV. Although it seems crazy that anyone in their right mind would say "I am Jesus" and even more amazing that there are people who believe, in 1988 was born in Puerto Rico the sect "Growing in Grace" directed by Jose Luis de Jesus Miranda, who had "Revelation" that he was the new Messiah, Jesus Christ man on Earth. The members of this sect are tattooed 666.II. Warning about the ongoing wars (Mt 24.6 - 8) A listing of wars of the twentieth century. Retrieved from Wikipedia:Start / End War / RevolutionBoxer

III. The persecution of Christians


(Matt. 9.24 -13). We read in the publication of AICA (Argentina Catholic News Agency):Rome (Italy) (AICA): Sociologist Introvigne, coordinator of Religious Freedom Observatory in Italy, said that ¨ is estimated that in 2012 died for their faith 105 000 Christians, that is, a Christian died every 5 minutes ¨ . Speaking to Vatican Radio, the expert said that it is frightening proportions ¨.

IV. The preaching of "the gospel":

14 And this gospel (the news) of the kingdom will be preached in the whole world as a testimony to all nations, and then shall the end come.The word gospel is a transliteration of the Greek evanghélion, adjective-noun, meaning "good news" or "joyful message." Comprising eu, "good-good", and Anghelos, "Courier-Post" or the verb anghéllein, "announce". Then that the end would come after he preached to the whole world that the end times are near. What then is the "good news"? May all those who believe in the work of Jesus on the cross will be saved and will live in eternity in His Kingdom. But usually the "good news" preached today is that God is going to fix all the problems that come to the church, changed the news that Jesus announced in Mt 24.14 for a "gospel pink" .

V. The "abomination of desolation":

15 So when they see the holy place 'the abomination that causes desolation "spoken of by the prophet Daniel (let the reader understand it).


16. Antiochus, once settled in the kingdom (Syria), conceived the project of reigning over the land of Egypt to be king of both kingdoms.17. With a strong force, with chariots, elephants, (riders) and large fleet, entered Egypt18. and locked battle with the king of Egypt, Ptolemy. Ptolemy avoided his presence and fled, and many fell wounded.19. They occupied the fortified cities of Egypt and Antiochus was raised with the spoils of the country.20. The year 143, after beating Egypt, made his way back. He went up against Israel and came to Jerusalem with a strong force.21. He arrogantly entered the sanctuary and took the golden altar, the lampstand for the light with all accessories,22. the table of shewbread, the pouring vessels, bowls, the golden censers, the curtain, the crowns, and tore all the gold that covered decorated the facade of the Temple.23. Also appropriated silver, gold, valuables and could find few hidden treasures.24. Taking them all, he departed to his homeland after shedding much blood and speaking with great insolence.25. Across the country there was great mourning for Israel.26. Chiefs and elders groaned, maidens and youths languished, the beauty of women faded.27. The bridegroom took a song of pain, sitting in the marriage bed, the wife was crying.28. It shook the earth by its inhabitants, and all the house of Jacob was covered with shame.29. Two years later, the king sent to the cities of Judah Misarca, who came to Jerusalem with a strong force.30. Maliciously spoke words of peace and when he had gained the confidence, fell suddenly upon the city, dealt a blow killing many of the people of Israel.31. He plundered the city, burned and razed their homes and the surrounding walls.32. His men made captive women and children and seized the cattle.33. Rebuilt after the City of David with a great and strong wall, with powerful towers, and made their Citadel.34. Settled there a sinful race of rebels, that she became strong.35. The weapons and supplies provided and placed in it the booty they had collected the sacking of Jerusalem. It was a dangerous loop.36. He became ambush against the sanctuary, evil adversary to Israel at all times.37. Shed innocent blood around the sanctuary and desecrated.38. For them the inhabitants of Jerusalem fled; became her room of strangers, strange to them which were born, then abandoned her children.39. His sanctuary was desolate like a wilderness, her feasts turned into mourning, her sabbaths into ridicule, her honor into contempt.40. As his fame grew from his dishonor, his greatness became affliction.41. The king wrote to his whole kingdom that all should be one people42. and leave each their peculiar customs. The Gentiles complied all the royal edict43. and many Israelites accepted their worship, sacrificed to idols and profaned the sabbath.44. Also to Jerusalem and the cities of Judah the king did arrive, by messengers, the edict ordering follow customs strange to the country.45. Should be deleted in the sanctuary burnt, sacrifices and libations; profane sabbaths and feasts;46. defile the sanctuary and the holy;47. erect altars and sacred precincts idolatrous temples, sacrificing pigs and unclean animals;48. leave their children uncircumcised back their souls abominable with all manner of impurities and defilements,49. so they should forget the law and customs cambiasen all.50. He that will not work under the command of the king, would die.51. In the same vein he wrote to all his kingdom, inspectors appointed for all the people, and commanded the cities of Judah that each will offer sacrifices.52. Many of the people who left all the law, joined them. Evils caused the country53. Israel and forced to hide in all sorts of shelters.54. The fifteenth day of the year 145 Chislev King rose on the altar of holocausts the abomination of desolation. They also built altars in the surrounding cities of Judah.55. At the gates of houses and in the streets burned incense.56. Fire broke and threw the books of the Law they could find.57. When they found a copy of the Alliance in its possession, or discovered that watching the precepts of the law, the decision of the king condemned him to death.58. They acted violently against the Israelites who were caught in a month and other cities;59. the twenty-fifth day of each month offered sacrifices on the altar that stood on the altar of holocausts.60. Women who did circumcise their children wore them to death, according to the edict,61. with his creatures around their necks. The same fate ran his family and those who had performed the circumcision.62. Many in Israel stood firm and resisted eating unclean thing.63. They preferred to die rather than to be defiled by food or to profane the holy covenant, and died.64. Immense was the anger that burst upon Israel.

VI. What Jesus wants to teach us is this:

To find out what happens in the Great Tribulation the future should look like before the Great Tribulation fua, in the times prophesied by Daniel that were fulfilled in 1 Maccabees 1.Similarly will soon: a Deceiver will rise, which will appear to piety and propose a peace that will bring security in the Middle East and the World. It will make a deal with many (UN?) But half of the week (of years) will break and the Great Persecution desatrá against the Saints and everything related to the things of God. 1 Thess. 5.3


Almost there, the 69th week ended with the resignation of Benedict XVI.Is about to start week 70 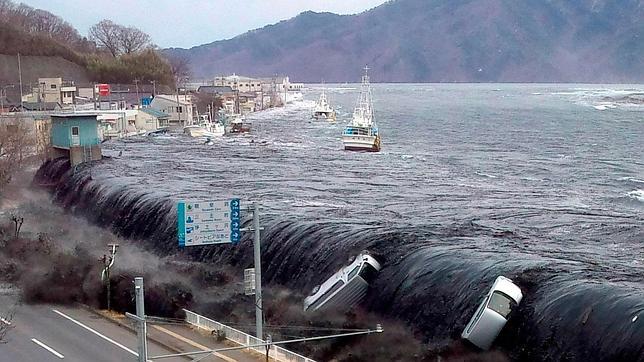