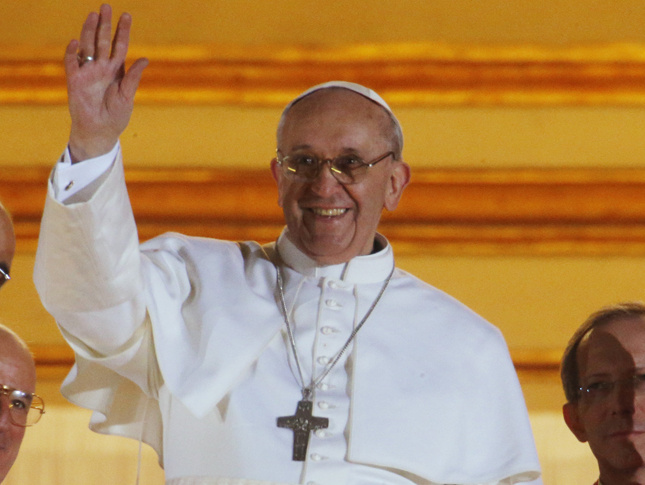 According to various prophecies, (not biblical quote here only to St. Malachy) Pope will assume following the resignation of Benedictus XVI will be the last, and that during his tenure start Week 70. Is it good?St. Malachy, who was born in 1094 in Armagh, Ireland. During a visit to Rome, had a vision of all the popes who lead the Catholic Church. Malachi turned their visions into a manuscript, which cataloged to 112 potatoes. Each deputy pope a "motto" a description that would recognize.

The last five Popes were:108: Paul VI Motto: "Flos florum" (flower of flowers). His shield containing a lily, "flower of flowers".109: Juan Pablo R Tagline: "From medietate Lunae" (Crescent). Born in the diocese of Belluno, known as Bella Luna.110: Juan Pablo II slogan "labore solis" (the eclipse of the sun). The day of his birth and the day of his death there were solar eclipses.111: Benedict Lema "Olivae Gloria" (The Glory of the Olive). It took its name from San Benito. The Benedictine monks, known as Olivetan have olive branches in heraldry.


The last of the list:112: "Petrus Romanus" (Peter Romano) will be the last Pope to rule the Church from Rome, immediately before it happens The Week 70.


The number 112 is very special, because unlike the others, is the only one with a descriptive paragraph in addition to the motto:"In the final persecution against the Holy Roman Church will reign Peter the Roman, who will shepherd his flock amid many tribulations. Following this, the city of seven hills will be destroyed and the righteous Judge will judge his people."Rome is the city of seven hills, and the terrible judge, can not be other than God, who will judge the survivors.The book mentions Petrus Romanus Ronald Conte prediction regarding the Pope Peter Romano. Ronald L. Conte Jr. is a theologian, Bible translator, writer and expert on Catholic Church in eschatology. In 2002, Conte correctly predicted that the Pope after John Paul II took the name of Benedict XVI.Now however, Conte says the next pope, who will be playing the theme from "Petrus Romanus", take the name Pius XIII. Conte writes that the name is historically associated Pius Popes who have emphasized the doctrinal and disciplinary authority of the Church, and argues that Cardinal Francis Arinze brings that quality. He adds: "During the reign of Pope Peter Romano begin the great apostasy, and this pope will mark the first part of the Great Tribulation."There will follow these developments closely, like everything that happens in the Middle East and international politics.